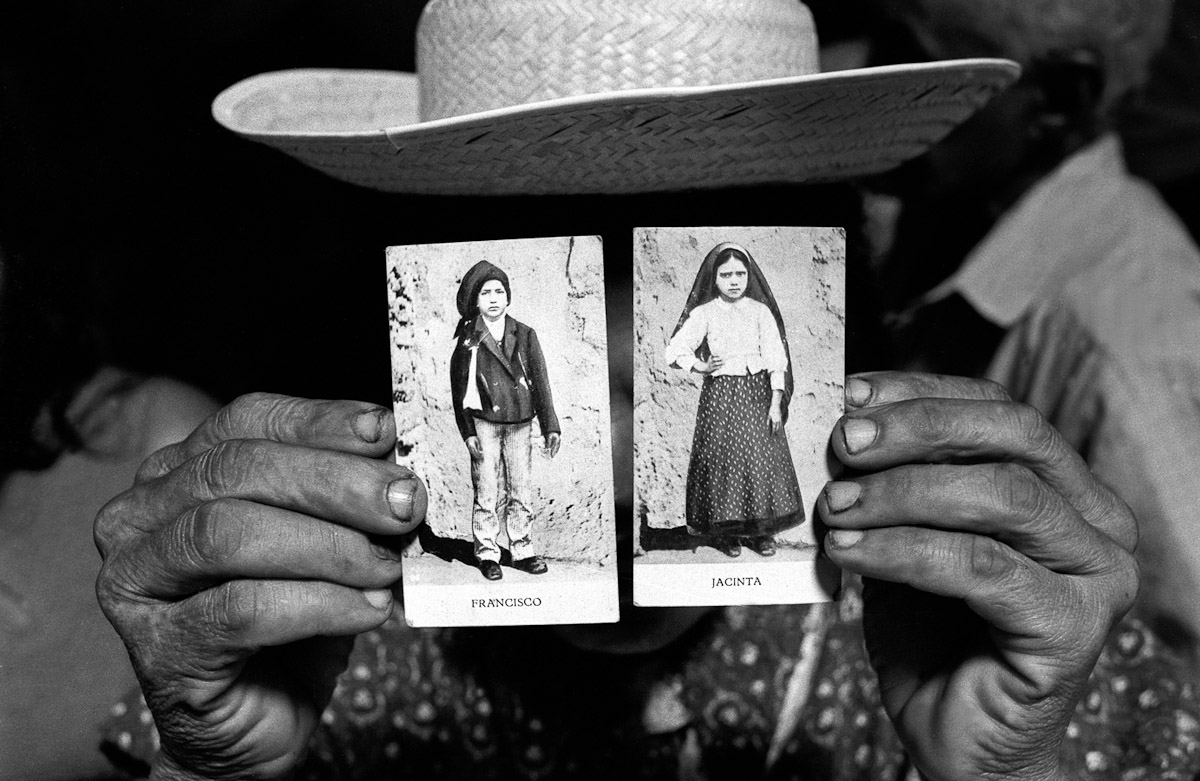 A pilgrim holding photographs of Jacinta and Francisco.

In 1989, on the 72nd anniversary of the first appearance of Our Lady of Fatima, Pope John II officially recognized and beatified the herioc virtues of Francisco and Jacinta Marto. In late 1917, Jacinta and Francisco received apparitions of Our Lady at Cova da Iria, near Fatima, a city 110 miles north of Lisbon, Portugal.